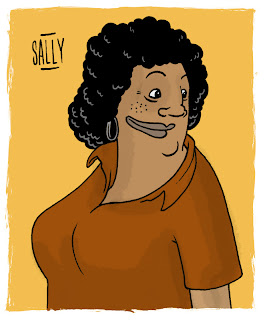 One thing you probably don't know about me: I have no sense of smell. I know, I know, it's a lot better than being blind or deaf but it still can get me in trouble sometimes. I forget.

In high school I took a job at the Railway Kiosk, a small booth at the Wellington Railway Station selling cigarettes, newspapers and snacks to commuters. Sally and her husband Gary ran the show and it was actually an OK job - time flew by and the other staff were really nice. After a couple of weeks though there was a problem and Sally had to pull me aside one day for a chat.

Sally is about the friendliest, nicest person you'll ever meet but she was unbelievably awkward that day, looking at the floor and wringing her hands. I knew it must be something serious. "There's been a few complaints from the staff" she said. "It's only a small booth and... well... you're farting too much." 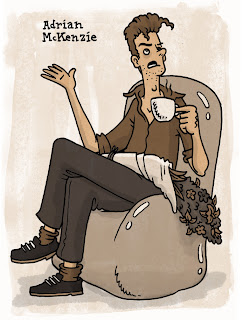 We met Adrian through his rehearsal space The Factory. We actually couldn't afford to practice there but Adrian used to give us room time and gear hire for giving the place a vacuum once a week and chucking all the beer cans in the recycling bin. He spent most of his time alone in his office drinking cups of tea being brooding and vaguely poetic, so it made sense to us when he became Morrissey in a Smiths tribute band.

I saw him once on TV, special guest on a retro music video show. He was perched on an inflatable armchair, trying to keep a tea steady while the host threw stupid questions around and hit him on the head with a giant foam hand. Adrian stayed perfectly Mozza-miserable, rolled his eyes and said "the real Morrissey would never be treated like this". 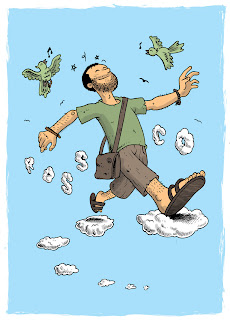 Ross was the most laid-back guy I've ever met. He floated along in a permanent daydream, only breaking into reality for brief moments to make dreamy philosophical statements.

One night a bunch of us were working late and the room was silent. It was quiet at first but one by one we all became aware of Ross - headphones on - singing 'The Circle of Life' from the The Lion King with great seriousness. He stopped, took his headphones off and turned around to speak. "The Circle of Life" he said, with a faraway look in his eyes: "It's true you know." 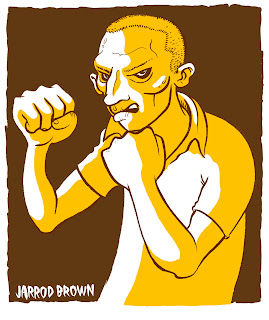 I haven't really had a proper one-on-one fist-fight for 17 years. That's more than half my life ago.

The last one was with Jarrod Brown, local swimming star and all-round intense dude - I did the old playground basketball trick where you hold someone's trackpants just as they shoot so they jump right out of them, and Jarrod didn't like it one bit. No news spreads faster than a playground fight and soon the whole school was watching us slug it out. It was pretty even and the bell rang before we really finished it, but I remember feeling weirdly exhilarated and triumphant afterwards. 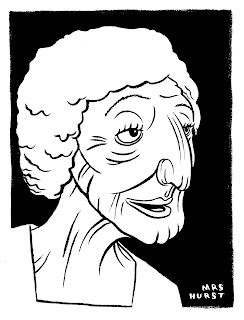 Lots of my feelings about modern art trace back to meeting Mrs Hurst. She was was my grandparent's friend and neighbour, a widow whose husband, I think, had been a sculptor and an art collector. My Gran used to take me over to her place for a cup of tea and a biscuit and it was like entering another world. It was very proper - I would have to be on my best behavior and I always felt like I was going to break something. She had a quiet voice and a European accent so I had to listen to her very carefully, but she was witty and always very friendly to me.

But best of all her house was filled the most amazing art. Art that I didn't understand but that gave me a feeling like there was more to life than what I currently knew. Something mysterious, sophisticated, elegant and complex, but also somehow dangerous and exciting. 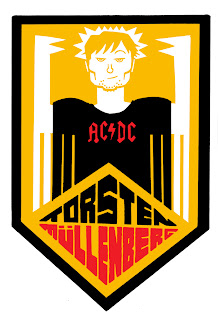 Torsten dressed perfectly for any situation he found himself in. The one time I got him to come to one of my gigs he arrived at the Tote in a fresh new ACDC shirt and his hair a little ruffled and showed us how to party. 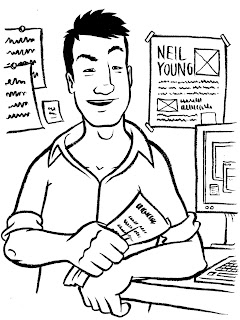 For a while I did a lot of work for Tearaway, illustrating articles on tricky teenage subjects like transsexualism, bullying and even drawing a cartoon strip that explained the Consumer Affairs Act to teens. It was all worth it though because every time I went in there for a new job I got to tell everyone that I was having a meeting with Neil Young. 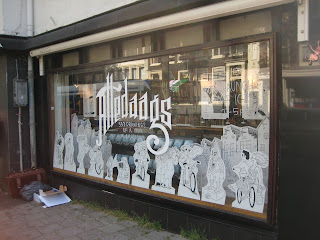 That's right, the Alledaags book is finally starting to find it's way into the wider world. This week I've been working a window display (above) for the American Book Centre which is a great english book shop in a prime spot right in the middle of the city. They're hosting a book launch/signing with me there on Saturday the 10th of July, from 2 to 5pm. Put that in your calender!

Oh, and here is a link to Sonya's blog with some photos of us installing the display (Sonya helped paint the sign, and Sanne too, thanks!) and a short video she made too. On a side note, I know I'm biased but Sonya's blog rules, I think you'll like it.